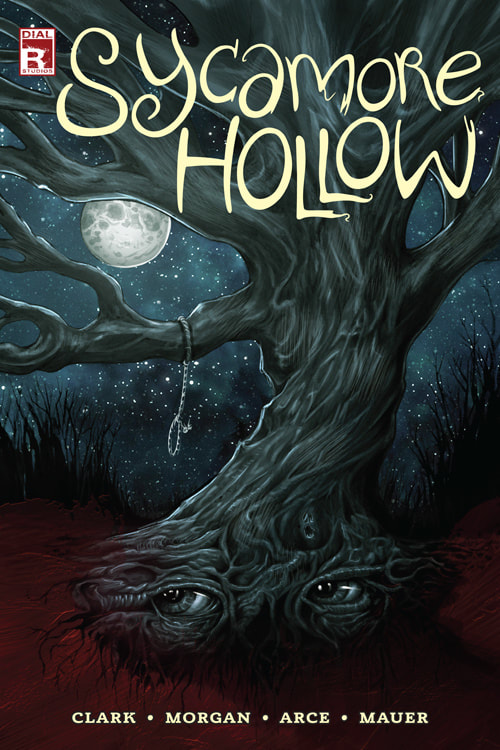 Dee Romero is a mentally unstable detective in pursuit a serial killer who hangs his victims from an ancient tree. When her investigation provokes the evil creature living inside the tree, it turns its hunger towards her. It’s monsters, murder, and mystery all woven together in this pulp horror one-shot! 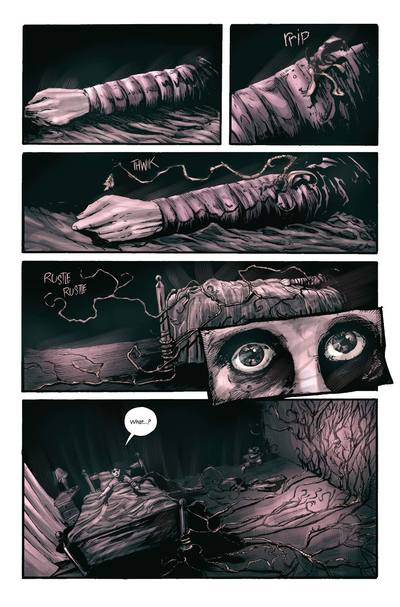 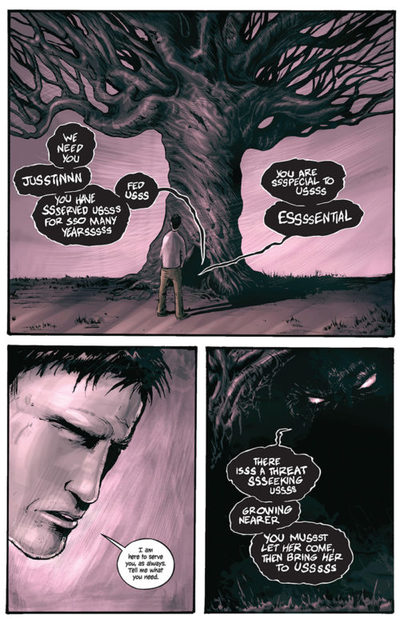 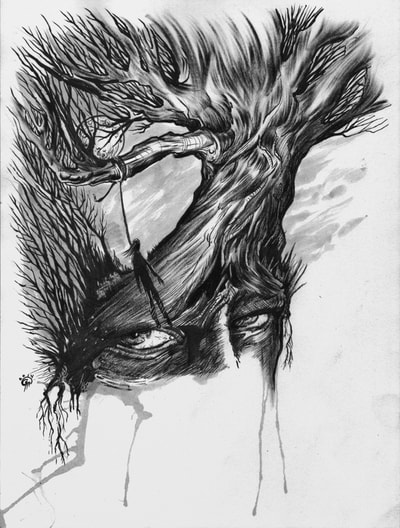 HENRY.  2010 copyright GMorgan Illustrations 2012.
This was my first attempt at the 24 hour comic book challenge. I only finished 11 pages that day, but finished the story later. The hero of the story is my dog , Henry. He's getting used to being famous, but still walks around the house like hes big time!!
The Field on the Edge of the Woods
This is the trailer for films and comics first book, made by the talented Mike "frick" Weber.
The story is written by Frick, I did the penciling, and the fantastic inks were by Loran Skinkis.
Book two is 99.9 % completed! Updates will be posted at the website  Films and Comics